Garry Owen Asks: Are We Betting On the Come Again?

This is the first in an exciting new series of blog posts from guest authors.  The following is from a veteran commercial broker in various major U.S. markets, who will write under the name Garry Owen.  Enjoy, and let us know your thoughts on what he says!

Are We Betting On the Come Again? by Garry Owen

Three recent, reasonably well publicized trades that have occurred over the past two weeks have some players on the sidelines questioning their strategies, while others shake their heads and wonder if the principals involved are that much smarter than they?

The $460M sale of 2500+ middle market apartments in Metro DC has just been announced. The buyers maintain that the units traded for 70% of their 2008 values, which, according to my math, works out to $263K per unit 3 years ago. I know those units. They were part of the Baltimore based Town and Country REIT that dissolved a few years back. Well-located B Grade jobs at best, but let’s get real.

I knew the Wells people peripherally. Smart and very pleasant with whom to try and do business. Wells is buying Market Square in downtown Washington for a whopping $900+/per square foot. We’re talking serious money here at North of $600M. I’ve been out of the loop on office buildings for a while, but aren’t those Tokyo and Hong Kong prices psf? And we all know what happened in those markets. 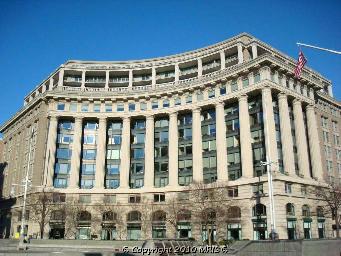 Another trade that semi-fascinated me was the sale of the Marriott in Union Square San Francisco on a 3.8% cap. I lived in San Francisco for 11 years. In fact, I still own property there. It is the Monte Carlo of the United States. One of my joys during lunch was walking from my office at One California in the financial district to Union Square. In those days, Robert Shields, the mime, would entertain the crowds gathered round him. Last time I was there a few years back, the benches were filled with the homeless, grooving on their $400 stipend given out by The City.

A lot of things that were supposed to happen over the past three years haven’t. The wholesale shedding of distressed assets has been somewhat muted. The distress debt players are back in equities. The newly morphed and transitioned (from whatever job they lost) asset managers are as arrogant as ever, thrilled with themselves for landing a job that actually pays and treating with distain the brokers, the grunts of this business, the pure capitalists in this whole pecking order.

So all this pent up capital is beginning to move, and the players on the sidelines ask themselves if these other guys are smarter than we, or has the silly money returned?