Since October 2010, there have been over 1,000 downloads of the various free REFM Back Of The Envelope Models, which allow you to do a 60-second litmus test on a transaction to see if the juice is worth the squeeze. Over this time, we have introduced new models (Condo Development in April 2011, and Hotel Development, Hotel Acquisition and Apartment Acquisition in June 2011), and have tracked downloads monthly.

What we see in the graph is that a bottom appears in August 2011, and we have had sustained growth since then.

What we don’t see in the graphs is that month-to-date, March is on track to beat the previous record high in July 2011 healthily, ending up at around 210 downloads. 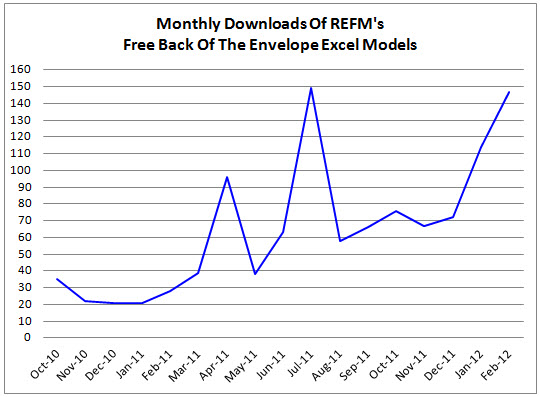 Moving In The Right Direction

In the bottom graph, we see that interest in commercial real estate analysis has grown steadily across all major asset types.

Reuse allowed with attribution to GetREFM.com/blog

Here are the “heat maps” for Back Of The Envelope Model downloads by Transaction Type since December 2011. 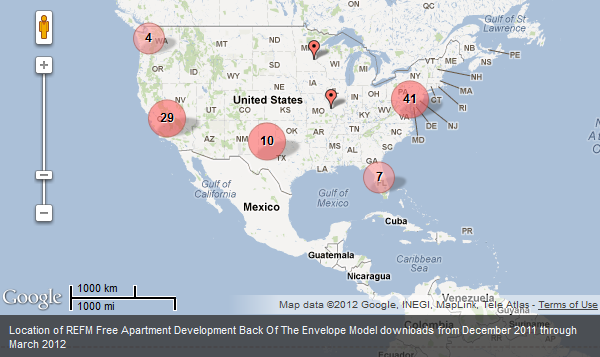 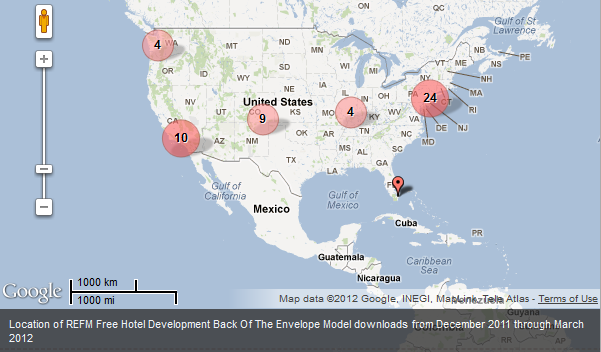 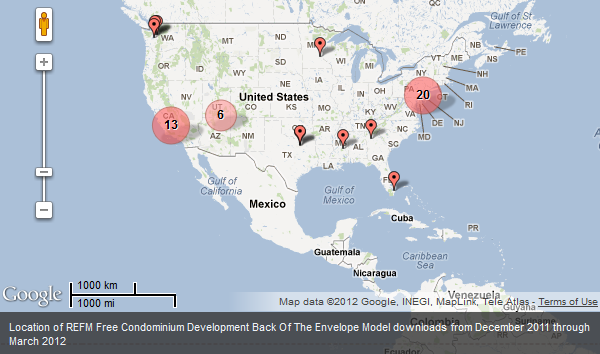 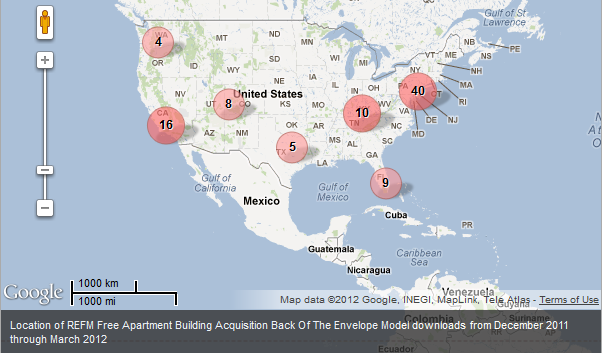 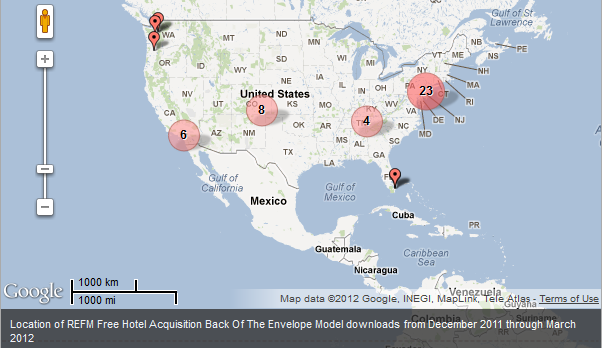 So… is the bottom in the commercial real estate market behind us in major markets? I say yes. What do you say? Take a stand and sound off below!