Would There Be Value In A National Real Estate Business Barometer Index?

One of my duties when I worked for a mutual fund manager was to track a couple dozen data series and update the company on the change in these values every month. It was a painstaking process whose product was intended to serve as a barometer on the health of the global technology industry as reflected in sales of cell phones and computers, their component pieces, and in billings and bookings of technology service contracts, among others.  The biggest challenge in putting the report together was not gathering and summarizing the individual data series, but in drawing a conclusion and making a confident assertion as to whether things were on the whole getting better, worse, or staying the same.

Why it was so challenging. The simple reason for this difficulty was devising and justifying a weighting scheme to use to blend the activity of the various data series into a single Index value that could be tracked on an apples-to-apples basis over time.  I am not an economist (nor was I one then), so it was a tall order to come up with a defensible scheme, and in the end, the method I ended up using was just a summary chart that showed each individual data series and whether it had improved, deteriorated or moved sideways since the last month’s reporting.

Along with this summary table, I would state how many metrics had gone in each direction over the last month.  This was intentionally totally non-committal.  Who wants to claim contraction, strength or stagnation in an entire sector of industry, only to reverse their claim the next month (and possibly do this again and again month after month)?

What’s out there currently. Over the last several months, two Real Estate industry barometers have come to my attention: one from ULI, and another from PwC.  I just found out today that PwC has been doing theirs for 24 years. Both provide a ton of information (PwC’s recent report, including selected survey responses, is 90 pages long), but unfortunately neither attempts to provide a single Index value that can be used to describe the health of the real estate business nationally over time. 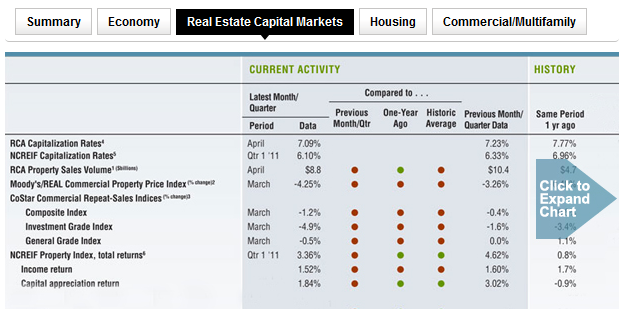 A snapshot of the June 2011 ULI Real Estate Business Barometer

In retrospect, in considering the hyper-local nature of real estate markets and the vast differences across asset types, creating an Index for commodity electronics and parts being consumed across state and national borders probably wouldn’t have been that hard or controversial! While it is much more difficult for real estate, and there would likely be lots of smoothing consequent to differing data series trajectories, as well as disagreement as to how certain data series should be weighted relative to one another, what would be the worst that would happen if someone took a stab at it and stuck by their guns as to what the relative importance was of one indicator versus another? 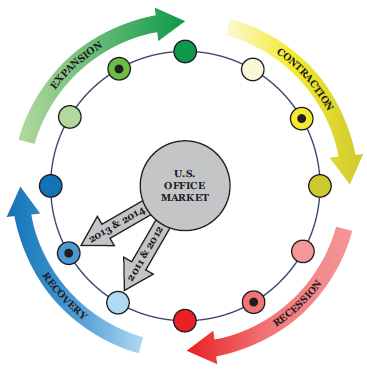 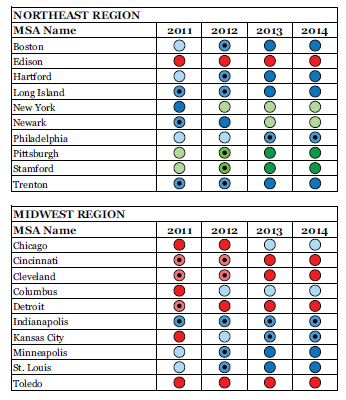 The opportunity. In the case of the PwC data, wouldn’t it be nice if we could look at a single chart covering the last 24 years to see how their gauging of the health of the market has changed over time?  To the bright, diligent professionals at PwC, I say: so what if you’re “wrong” every quarter? Everyone is wrong.  At least you would be consistently wrong for the same methodological set of reasons, and you could point to something and start a discussion about it.  To track data series for over two decades and never distill them into a Index seems like a huge missed opportunity to me.  Maybe I’m oversimplifying something incredibly complex.  Maybe I’m not and ULI will seize it or PwC will take a crack at it and apply it backwards to their existing data set.

Show me quickly, don’t tell me slowly. The ideal manifestation of this would be an interactive, graphic widget that could reside in the sidebar of a blog or website, or be on your desktop or the desktop of your tablet computer, similar in nature to the graph used for the economy in the top-right of this page at Gallup.  They are masters of graphical data interactives.

What do you think of all this? Would it be naive or foolish to perceive value in a national real estate market Index given the local and asset-specific nature of the business? Are there other Barometers that I have missed about which the Model For Success community should know?  What would the national metrics be that should be blended into the Index?